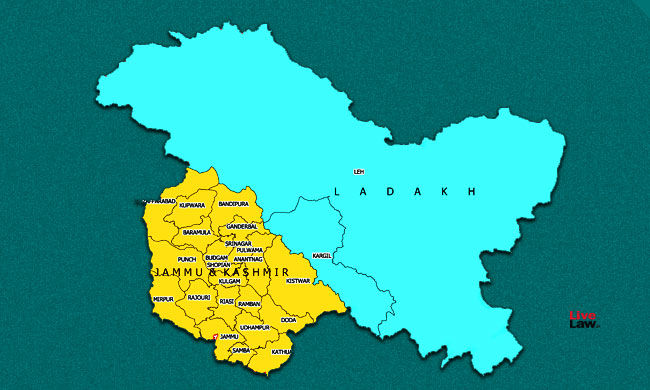 •    The order defined new domicile rule for Jammu and Kashmir (J&K) according to which a person residing in J&K for at least 15 years will now be eligible to be a domicile of the Union Territory.

•    If a person has studied for a period of 7 years and appeared in class 10th or 12th examination in an educational institution located in the UT of J&K will also be considered as the domicile of the UT.

•    Tehsildar shall be the competent authority for issuing the domicile certificate, as opposed to Deputy Commissioner.

•    Section 5-A states that no person shall be eligible for appointment to a post carrying a pay scale for not more than level 4 unless he is a domicile of UT of J&K.

•    Through the same order, the Centre has repealed the J&K Civil Services (Special Provisions) Act.

The Jammu and Kashmir Reorganisation Act, 2019 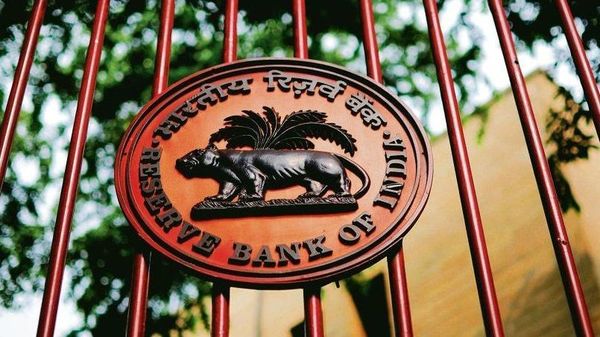 •    Reserve Bank of India (RBI) has reviewed the Limits of Way and Means Advances for Center and States/UTs.

•    For central Government: Recently, The Government of India increased the ceiling on WMA with RBI by 60% to Rs 1.20 lakh crore (from Rs 75,000 crore last year) to tide over the cash flow mismatch in FY21 expected from higher spending to combat the spread of COVID-19.

•    For States/UTs: RBI had constituted an Advisory Committee (Chairman: Shri Sudhir Shrivastava) to review the WMA limits for States/UTs. Meanwhile, it has been decided to increase their WMA limit by 30%.

•    It is a temporary liquidity arrangement with the central bank.

•    It enables the centre and the states to borrow money up to 90 days from the RBI to tide over their liquidity mismatch between its inflow of revenues and outflow of expenditure.

•    A higher limit would provide the government flexibility to raise funds from RBI without borrowing them from the market.

•    Interest rate for WMA is currently charged at the repo rate.

•    The limits for WMA are mutually decided by the RBI and the Government of India.

Taxation and Other Laws (Relaxation of Certain Provisions) Ordinance, 2020 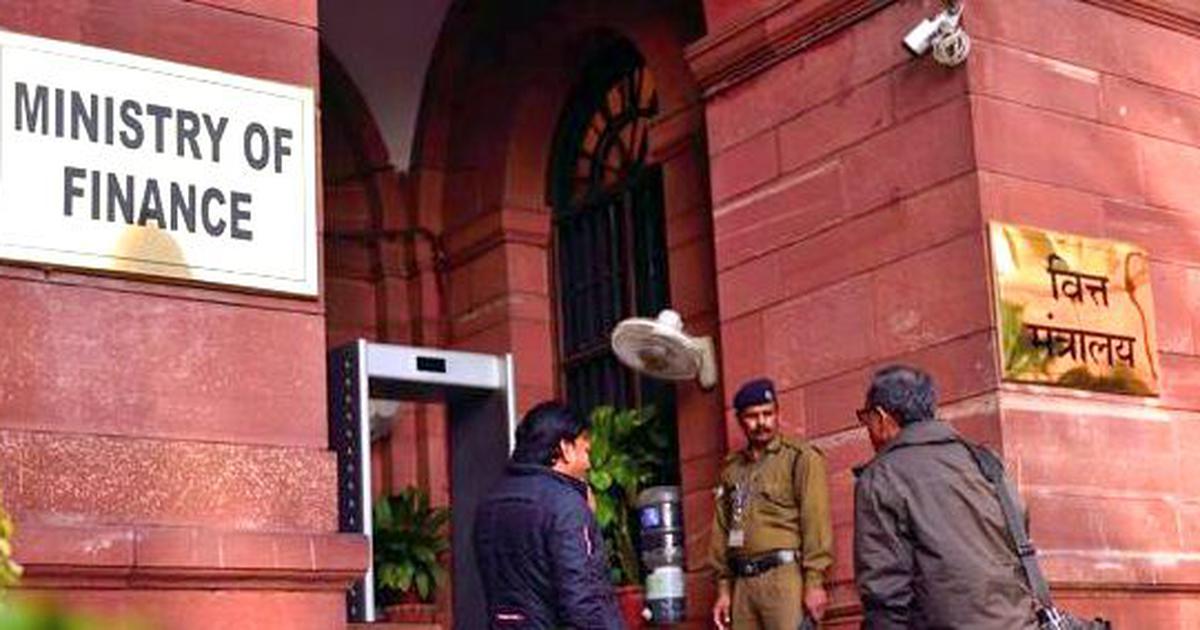 The Government of India promulgated the Taxation and Other Laws (Relaxation of Certain Provisions) Ordinance, 2020.

It was done to bring into effect various tax compliance related measures announced in the wake of COVID-19 pandemic.

Time limits related to direct and indirect tax filings,passing of order or issuance of notice by tax authorities have been extended to June 30.

Donations made to PM Cares fund will be 100% exempted of the income tax.

The limit on deduction of 10% of gross income shall also not be applicable for such donations.

The aim of Sabka Vishwas (Legacy Dispute Resolution) Scheme, 2019 is to help taxpayers, including small taxpayers, in clearing the baggage of disputes under legacy taxes (Service Tax and Central Excise), which are subsumed in Goods and Service Tax.

With effect from 1st April, 2020, all Medical Devices shall be regulated by the Government as Drugs for quality control and price monitoring.

The Maximum Retail Prices (MPRs) of all the Medical Devices would be monitored by the Government under the provisions of Para 20(1) of the Drugs (Prices Control) Order, 2013.

This will ensure that no manufacturer/importer increases the MRP of a drug more than 10% of MRP during preceding 12 months, failing which penalty shall be imposed.

1. The Union Health Ministry has allowed the use of Hydroxychloroquine in combination with Azithromycin under severe conditions.

3. Azithromycin is commonly used as an antibiotic.

4. Hydroxychloroquine (HCQ) is used in treatment of autoimmune diseases such as rheumatoid arthritis. It is also used in treating malaria.

5.The azithromycin-hydroxychloroquine combination is part of an upcoming multi-country trial anchored by the World Health Organization to against COVID-19.

Natuna Islands are within Indonesia’s exclusive economic zone but are also claimed by China.

Recently, China has sparked a major maritime confrontation with Indonesia near the South China Sea by entering waters along with dozens of Chinese fishing vessels.

Indian defence Trade: Still no bullseye, in volume and value

India’s defence sector has been largely dependent on foreign imports that is not in the long term Security interest of the Nation. However, the trend has been changing in recent times.

During 2009-18, Indian defence imports reduced even as exports increased as per study by Stockholm International Peace Research Institute

2.A new category called ‘Buy Indian Indigenously Designed, Developed and Manufactured’ (IDDM) was created under DPP-2016 which was given highest preference in defence procurement.

3.For imported defence goods, its Components & service parts from Indian enterprises (private & public sector) have been prioritised by the government

5.Technology Transfer: Relaxed norms that makes private partners eligible for technology transfers so as to boost their capabilities.

6.Outcome: In 2018-19, the three armed services sourced 54% of their defence equipment from Indian industry for their combined capital and revenue expenditures

1.Acquisition of Rafale jets reduced from 126 aircrafts to 36 aircrafts

Reasons for rise of defence exports

1.Removal of export barrier: Government has removed several products that were earlier restricted from exports

2.Easing regulations: Government dispensed with the No Objection Certificate (NOC) under the DPP that restricted exports of aerospace  products & several dual-use items

Areas that need action by government:

2.India’s defence model tends to create disincentives for the private sector – Despite “Make in India”, Defence-PSUs are privileged over private industry

5.Small contribution to overall trade: Defence-related exports for 2017-18 and 2018-19 were 0.8% and 0.73% of the total trade, respectively, which needs to be substantially increased

In the event of crisis created by the pandemic, an all-round plan for recovery is much needed.

However, there is a general criticism that Planning bodies (Erstwhile Planning Commission and present NITI Aayog) has failed to produce all-round development of India’s economy.

Some of the drawbacks/criticisms of National Planning Body

2.The disruption caused due to absence of long-term planning is not faced in the case of China, that has been one of the reason for its rapid rise.

4.Failure to address the constitutional relationship between the States and Centre – States who are self-sufficient have often questioned the value of guidance (one-size-fits-all approach) from National planning bodies

5.Failure to synergise with Finance Commission that determines the fund allocation of central resources amongst States.

7.Lack of insights into systems structures – In the era of Globalisation, the production factors keeps moving (out of India) to lower cost sources. Neglecting this systemic factors leads to ineffective policies.

8.Planning is weak when planners do not have the powers to allocate money for national priorities (which NITI Aayog does not have)

1.Devising a good developmental model in which inequality, societal and environmental forces are integrated into growth process

3.If fund allocation powers are granted to NITI Aayog then it must be backed by a constitutional charter, and accountable to Parliament.

1.National planning bodies must be a force for persuasion, not control centre. Elaborate.

2.Three-year action plan of NITI Aayog and the progress made.

3.Why did the government adopt Five Year Planning strategy during the early days of Independence? Why was it discontinued after 12th FYP?